In this experimental short film, the AI protagonist utilizes the human body as a sensing device to gain an embodied understanding of its environment.
Daten
KI
Utopia
Technologie
Film
English
Off Stage

A result of consequent machine-human hybridization with AI as new species. The work, influenced by posthuman thinkers, was produced with several Machine Learning techniques into a coherent narrative.

In times of ubiquitous computing, artificial intelligence, and virtual humans, it seems like an obvious next step for techno-optimists to see their chance for immortality in technological advancements. These future narratives are almost exclusively based on cartesian notions of disembodied intelligence. Influenced by posthumanist theorists, such as Rosi Braidotti, Donna Haraway, and Katherine Hayles, transhumanist approaches that envision the human body enhanced and augmented with machine parts are not only questioned but appropriated and inverted with the use of speculative design.

The short film “Borrowed Limbs” aims to emphasize the mediating role speculative design has in the face of disruptive technological advancements, as it allows for the exploration and simulation of ethical issues and provokes discussion about current developments and how they will influence our future way of life. The theoretical work results in a short film created with a designerly appropriation of AI tools. The suggested production pipeline, developed in the process, uses a myriad of AI tools. The main part of the footage was produced with a novel machine-learning-backed process called “CLIP guided diffusion” that allows for image synthetization based on language prompts that are carefully refined in a human-machine loop of communication: prompting the machine, evaluating the result, and refining the next prompt in order to get the anticipated result. In a way, the practical processes involved in making the film reflect on the speculative ideas conveyed in it: the protagonist is an AI that utilizes a human body to gain an embodied understanding of its environment, a result of consequent machine-human hybridization - a posthuman being. 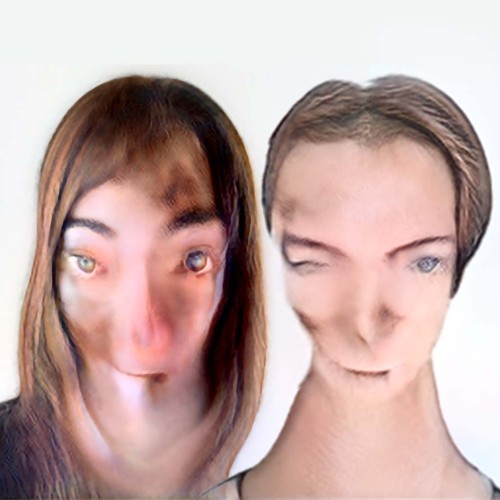