Cancelled: temporARy tattoos that know you better than you know yourself

Join us at our stand to find who you are through a temporary QR tattoo which reveals, in AR: your qualities, sensibilities, fears. Find other visitors who share your curiosity and let your phone act as your translator between reality and AR. Is this the real you? Is this just fantasy? Let our randomness generator decide.
Fun
Kunst
Mixed Reality
Technologie
Sonderformat
English
Off Stage

A 'Temporary Tattoos That Know You Better Than You Know Yourself'  sign invites visitors to come up to our desk. We enter their name on our laptop to generate a random number between 1 and 12. Based on this, the person gets one of 12 possible temporary tattoos, which are shaped like QR codes. They are invited to place the tattoo anywhere on their body, and scan the code with their phone once they have done so. The code will project a 3D animation in AR of a random item, as well as an explanation of what this ‘says’ about them. If your personality is a lint roller, for instance, you might be neat, detail-oriented and get attached quickly. Possible items are grouped in threes, similar to zodiac signs: some invite interaction (e. g. a link to a site to collectively craft haikus), some share secrets amongst those associated with an item. Visitors are invited to share and connect with others who have QR tattoos throughout the conference.

How do we construct meaning from randomness? In exploring this question, we observed that something as random as one’s birth date may be a powerful source of connection. Our hypothesis is that bonding over such ‘commonalities’ is a mutual expression of wanting to forge a connection, rather than celestial premonition. The prism we use to refract ideas of connection from randomness are temporary QR tattoos which connect virtual and material dimensions of connectivity. It is a language that we are not privy to, one that is accessible only through our phones, which we depend on to perform a translation between the material and the virtual. We do, however, have agency in this interaction. The QR tattoos introduce a bodily dimension which narrates the spectrum of possibilities for interaction and meaning-making. Where one places the tattoo determines whether other visitors need one’s consent to scan the code, or whether they even know it exists. Moreover, QR codes only work if the entire code is legible, which means if someone places their tattoo where it rubs off easily, their window of connecting to others is shorter. This instant illegibility from minor alterations epitomises the fragility of digital information which relies on the precision of every component. We aim to encourage visitors to rethink mechanisms of connection and the role of technology in facilitating these dynamics. We encourage phones to sit back and enjoy the view. 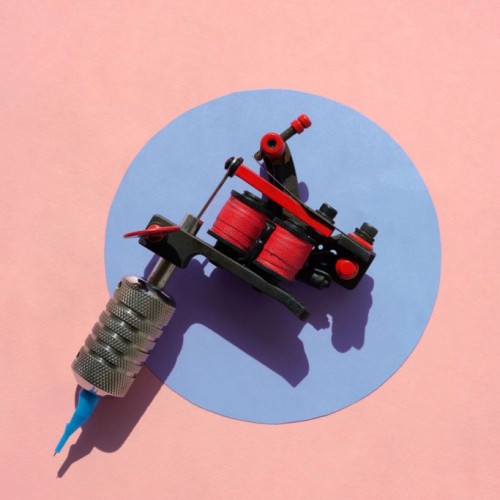