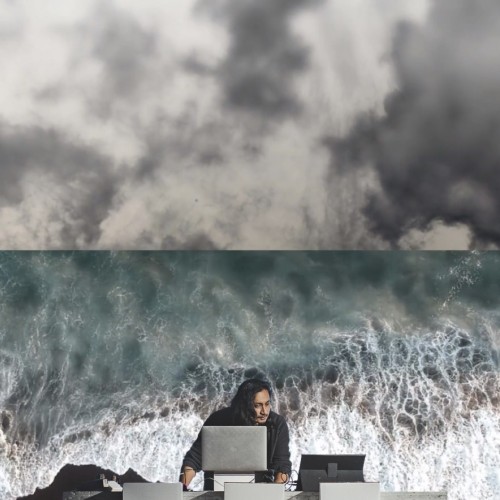 Jamie Perera uses sound to deconstruct objects in ways that create provoking experiences for listeners. His work explores radical deconstruction, re-imagining and reclamation, whilst challenging the conventions between music, sound and data.

He is the first artist to sonify the Holocene with the score "Anthropocene In C Major", now touring internationally, with excerpt "Oil, Coal & Gas for 3 Cellos" commissioned by the Serpentine's General Ecology Project. Other notable work includes sonifying Twitter with intersectional voices for the FT's COP26 Global Gallery, using radio static for an Emmy nominated film about child poverty in the USA, making music from mathematical proofs with mathematician Marcus Du Sautoy, generating a sonic "elephant in the room" to highlight data privacy issues for Mozilla, representing deaths from Coronavirus in the UK in a twenty four day performance, using sound to show differences in conscious state with neuroscientist Anil Seth and creating a soundtrack out of guns for Amnesty International. He has given talks on his practice for the FT, RNCM, WMA Hong Kong, the AKV Joost Ecology Futures MA, We Make Tomorrow Summit, and participated in the Serpentine's Back to Earth Summit with Hans Ulrich Obrist and Brian Eno. He is an associate of PRiSM, the RNCM Centre for Practice & Research in Science & Music.

Jamie has been released worldwide as Lo Freq alongside Cinematic Orchestra, Mark Ronson and Matthew Herbert. His writing collaboration with Lubomyr Melnyk on his album Rivers and Streams on Erased Tapes Records received five stars in The Guardian with critical acclaim around the world. He is credited on over 40 films including winners of The Grierson Award, RTS Award, and BAFTA and EMMY nominations, with mentions in numerous publications including Forbes, WIRED, The Guardian, Pitchfork, and the FT.

Jamie has over 10 years of experience analysing, workshopping, creating audio identity and composing as a lead creative. He owns and runs jpml.agency, a fair-to-composers music agency with over 150 composers on its roster.

His passion is in challenging the conventions between music, sound and societal issues, whilst still making accessible work, and encouraging ‘happy accidents’ in interactions and creation.

A sonification artwork installed in the main Re:Publica venue, created by a people from diverse communities in Berlin, working with sound artist Jamie Perera.