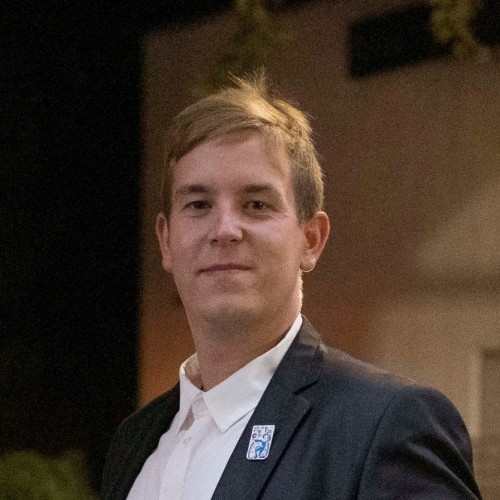 Uroš Ranković (Belgrade, 1996) graduated from the Faculty of Dramatic Arts in Belgrade at the Department of Management and Production of Theater, Radio and Culture. . From 2012 to 2015, he worked as an assistant on the educational program of the Cultural Center of Belgrade, within which he organized and led a large number of workshops for students and high school students in the field of contemporary art. Since 2015, he has been working at the Bitef Theater and the Bitef Festival in various sectors, from the coordination of volunteers and distributors, through marketing, to guest service. Since 2017, he has been leading and editing various radio shows on the Internet radio Radioaparat (Flux radio, Fama o nebiciklistima). In the past few years, he has worked on a theatrical production of several student and master plays at the Faculty of Dramatic Arts (Either you have hope or you have no hope, Who still eats bread with soup, Both, You and I - two scientists). He won two other Neda Depolo awards for the experimental radio drama The Last Train (2017) and the radio drama miniature Archibald and Aro (2018), as well as the first awards for the abstract form of radio for the work Poetry of Android (2018), awarded by Radio Belgrade. He is the winner of the Arhont Award (2019) awarded by the Department of Management and Production of Theater, Radio and Culture, Faculty of Dramatic Arts in Belgrade.

This cloud is the place to store your data - fears, hopes, anxiety, emotions in general so that you don’t have to clutter up your personal physical and mental hard drive. Step into the cloud and say something - break all your blockages!
Internet
Klima
Stadt
media
Installation
English
Medien
Off Stage