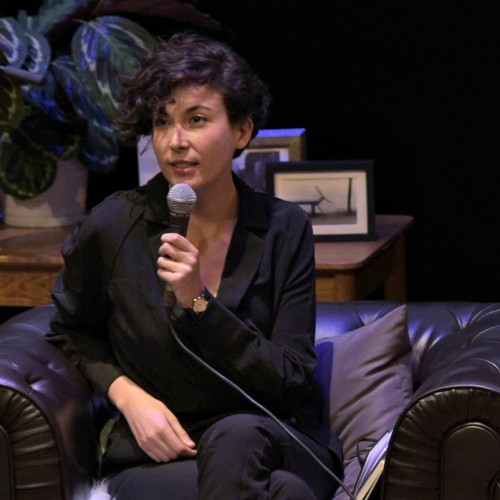 Barbara Cueto is the Digital Curator of C/O Berlin, an institution dedicated to the exploration of lens-based media. She is also a PhD candidate at the University of Amsterdam, where she is researching blockchain as a tool for radical imagination and its collateral effects in the notion of value.

Her projects are at the intersection of contemporary art, new technologies and activism. She has published, convened and curated projects internationally at institutions like Singapore Art Museum, Van Abbemuseum in Eindhoven, Marres in Maastricht, Impakt Festival in Utrecht, and de Appel arts centre in Amsterdam, all in the Netherlands; MMOMA Moscow for the 6th Moscow Biennale for Young Art in Russia(RU); Asian Culture Centre in Gwangju and Museum of Modern and Contemporary Art in Seoul in South Korea (SK); CaixaForum in Barcelona and La Casa Encendida in Madrid (ES); Bétonsalon in Paris. She has also been resident at Tokyo Wondersite in Japan, Rupert in Lithuania, and Cité des Arts in Paris.

Info
Recently, the decentralized technology blockchain narratives have moved from obscure techno-economic circles to the mainstream art market after a NFT was sold at a Christie’s auction for $69 million. This workshop is a guided debate where the audience will be invited to think through the technology to collectively inquiry into its social potential.
Internet
Kunst
Utopia
culture
Workshop J
08.06.2022 06:30 pm
– 07:30 pm
Meet Up
English
Conference

Info
The experience of the pandemic has profoundly affected many facets of life that were previously taken for granted. From remodeling the workspace to rearranging the family, this complicated experience has also made us question what is valuable
Internet
Kunst
Utopia
culture
Stage 6
08.06.2022 05:15 pm
– 06:15 pm
Panel discussion
English
Conference