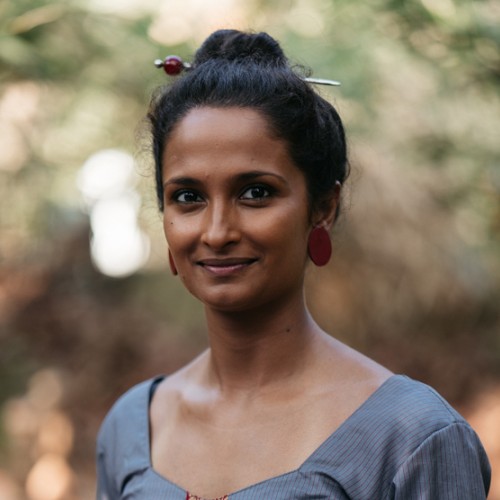 Gayatri Parameswaran is a multi-award winning writer, director and producer of immersive works. She was born and raised in India and is currently based in Berlin, where she co-founded NowHere Media -- a storytelling studio that views contemporary issues through a critical lens. Gayatri’s artistic practice lies at the intersection of storytelling, technology and societal impact.
Her work has been exhibited at the Venice International Film Festival, Tribeca Film Festival, SXSW, IDFA, Festival de Cannes, United Nations and beyond. She is a Sundance New Frontier alumnus, has won the Tribeca Storyscapes Award for Best Immersive, SXSW Best Use of Immersive Arts and the Lumiere Award for Best VR documentary among other accolades. Gayatri is a guest lecturer at universities such as the Freie Universität (FU) Berlin, Hochschule für Medien, Kommunikation und Wirtschaft (HMKW), Filmakademie Baden-Württemberg and Züricher Hochschule der Kunst (ZHdK).