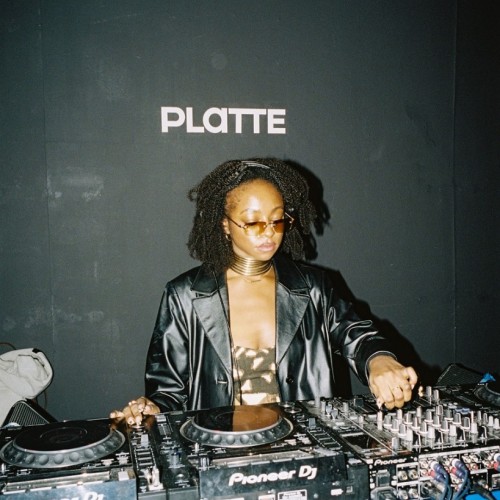 Kikelomo is a London born, Berlin based DJ, presenter, producer, curator and Boiler Room Host. She hosts her own radio show 'Pass The Aux' on Cashmere Radio, showcasing the very best in UK infuenced and underground club music. She is a former member of the collective No Shade, a club night series and DJ training program for femme, trans and non-binary DJs, and is actively involved with broader industry initiatives pushing for diversity and inclusion in the music industry as a co-chair of the Association for Electronic Music’s workstream on Diversity and Inclusion.

Her eclectic sound stems from many infuences in her life, including her home city London and her Nigerian roots. As a result, her low end heavy high energy sets are packed full of everything from techno, house, garage, bass, deconstructed club, jungle, jersey club, electro, hip hop and more. This sound has become renowned for its ability to get crowds moving.

Since starting out in September 2017, Kikelomo has experienced an explosive growth, playing across multiple continents alongside industry heavyweights, from Objekt to DJ Stingray to Skepta. She has launched t-shirts in collaboration with Adidas and Keep Hush, played and regularly hosts at Boiler Room, as well as continuing to showcase her sound at events like Splash! Festival, the infamous Fusion Festival, opening the internationally renowned CTM Festival at Berlin’s prestigious Berghain/Panorama Bar, in addition to being given the honour of playing to a crowd of 100,000+ people at the Brandenburger Tor national monument, broadcast on national television to celebrate the 30th anniversary of the fall of the Berlin Wall.