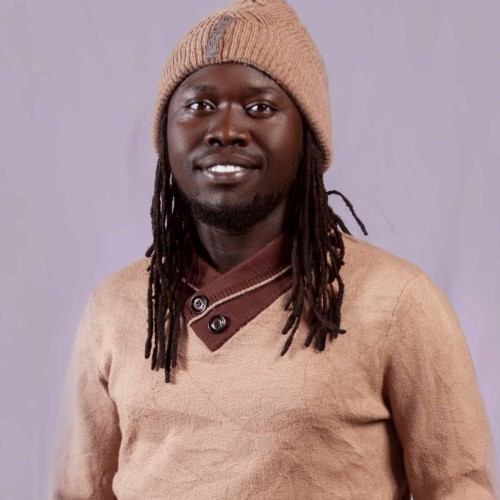 Originally from Yei, South Sudan, artist and media activist Jaiksana was forced to move to the Rhino Camp refugee settlement, Uganda in 2016. There he founded Platform Africa, a community-based organization engaged to reach young refugees through the power of media, education, and technology to foster equitable, informed, and resilient societies. Formerly as a lead correspondent in r0g_agency’s #defyhatenow initiative Jaiksana has built a practice around social media literacy, trauma, and hate speech mitigation, as well as training open hardware skills, having helped develop #ASKotec – the Access to Skills and Knowledge open tech emergency kit. In all his work, sound art and music are closely intertwined, with Jaiksana releasing a number of successful songs, videos, and podcasts reflecting his peacebuilding mission.

Info
When the people can not come to the Makerspaces, the Makerspaces come to the people. Makers from Ukraine, Uganda, and the Lausitz region in Germany come together to share experiences and exchange with you on the spot. What do these mobile spaces have in common, how do they differ, and how can they unite and build a network to support the locals?
Making
Migration
Ukraine
society
Home Base
08.06.2022 06:00 pm
– 07:00 pm
Meet Up
English
Conference