COLLECTIVE AS THE CATALYST FOR FREEDOM OF EXPRESSION

Catalyst for the collective

In Indonesia, art collectives and cultural initiatives have become vital spaces of learning, connecting spaces, collaborative platforms, and drivers of innovative practice within the arts, cultural and creative sectors. Collectives play their role to create an open society where a spirit of tolerance and acceptance of differences are always underlined. Thus, collectives foster freedom of expression, which is in some instances under duress. Therefore, collectives also provide an important stage for presenting crucial civil society gestures of openness and courage.

Collectives are the driving force of the cultural sector and catalysts for social and economic development in Indonesia. Several reasons have emerged as to why collectives must continue to exist, namely as expressions of cultural celebration, to showcase the latest innovations, a means to expand and create new social networks, and maintain and animate the arts ecosystem. It can also be said that the presence of collectives is directly and indirectly connected with people's need to produce culture and to carry out cultural exchanges and sharing with each other.

The rise of the collectives

A collective can offer various perspectives on society. In Indonesia, art collectives have become vehicles to tell stories of struggle, change, ideas and hopes. Through collectives we can delve deeper into history, identity, cultural expressions, and other important causes that inspire the creation of cultural events.

Many collective and cultural initiatives – such as Taring Padi and Mess 56 in Yogyakarta, Ruang Rupa in Jakarta, Common Room in Bandung and many more – were born during and after the Reformation Era, as an expression of free voices. Previously, collective or cultural initiatives were known as ‘Sanggar’ (Juliastuti, 2017) which refers to a platform for cultural expression and creativity. There was a dark secret that the New Order Regime of dictator Suharto controlled cultural expression, and banned one million strong movements, including art movements that emerged and pushed for autonomy and artistic freedom.

The heart of the Reformation’s movements was born in Yogyakarta, known as one of Indonesia’s art hubs, and it is unique for its density of art spaces and artists. Home to Indonesia’s oldest art institute, the Indonesian Institute of Fine Arts, Yogyakarta now boasts over 50 art and cultural spaces. In this city, one can find groups associated with fine arts – including painting and sculpture – as well as puppet and theatre troops, photography and film collectives, and cultural studies centres. Today, artists and young people can find their niche in one of Yogyakarta’s many creative communities (Bruhn 2015).

HONF – also known as the House of Natural Fiber – is one of many collectives that was born in Yogyakarta; born out of social and political turmoil against the Suharto regime, its nepotism and governmental corruption. It was created in 1998, as a place of open expression, art and cultural technologies, in the wake of the Indonesian ‘revolution’. The founding members – Venzha Christ, Irene Agrivina and Tommy Surya – run HONF's alternative curriculum 'Education Focus Programme' (EFP) which focusses on the application and practical use in daily life of collaborative, cross-disciplinary and technological actions responding to social, cultural, and environmental challenges. In response to the needs of societies in development and transition, HONF and EFP apply open, collaborative, and sustainable actions that systematically expand or convert accessible technologies to be used as multifunctional tools and methodologies.

Recognition of the collective

After the Reformation, digitalisation, information and communication technology brought in their wake a big impact for the freedom of expression. Even though people experienced trauma and suppressed secrets, collective grief and sadness cannot remain silenced forever. Internet technology brought a new world for the movements in Indonesia, including the art world.

Very successfully so, as we see, with Indonesian artists and culture workers playing an increasingly important role in the international art scene. They are being listened to. Indonesian artists have won important media art awards, such as HONF for Transmediale or XXLab, the spinoff project from HONF that won Ars Electronica prize. Indonesian authors have been in the spotlight of the world’s largest literature fair, with Leila S. Chudori, Eka Kurniawan and Laksmi Pamuntjak at the Frankfurt Bookfair in 2015. And in 2022, the Indonesian collective Ruangrupa will curate one of the most prestigious art shows in the world, Documenta in Kassel. None of this is a coincidence. It is the glocal strategy of Indonesia’s digital avant garde showing its effect: low profile to the national public, largely visible in the international arena, and taking care of commons online and offline to foster autonomous resources. Digitalisation supports these liberal critical minds in self-expression, intensifies their networking efforts, and empowers original thinkers to be heard (Wustchitz 2019).

The role of the collective

In Indonesia, collectives also reflect on the shared memory, knowledge and experience of a particular group of people. Collectives contribute to celebrating, constructing and passing those memories to their members over the years. This has been the case for HONF, where sharing gives a sense of continuity, besides building the collective identity, to overcome social challenges.

Since the founding and establishment of HONF, discussions have honed on the importance of the collective and its role to influence various sectors and aspects in society, especially for openness and freedom of expression.

HONF has been able to survive for close to two decades now and has also contributed to the sustainability of Indonesia's collectives by inspiring a second generation of spin-off communities, including XXLab, an all-female collective founded in 2013. HONF and XXLab illustrate that Indonesian collectives encompass more than the objects bought and sold in the art market. They have moved aesthetics beyond tangible works of art, by facilitating collaborative, laboratory-like experiments that seek solutions for some of the most urgent issues of our times. (Jurriëns 2016).

“ HONF is underground and arrogant as always. HONF is avant garde.

We are breaking the system and we do not want compliments on the wrong side.

As an underground, we do not necessarily become overground” - HONF

Juliastuti, N J 2015. Sanggar as a Model for Practicing Art in Communal Life

Please review the references and confirm details – have tried to find all sources, but could not find full details for each. 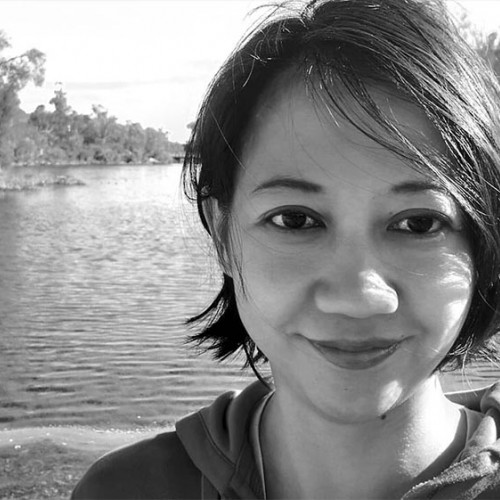