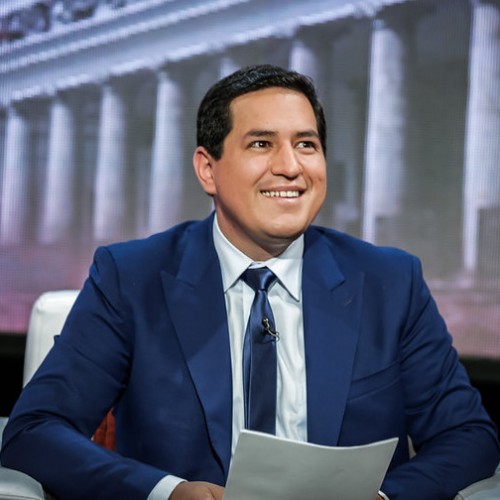 Andrés Arauz ran for president of Ecuador for a progressive coalition and came in second place. Arauz has a long domestic and international policy experience. He was the Minister of Knowledge, the Central Bank's General Director, and the Deputy Minister of Planning of Buen Vivir, in charge of foreseeing the collective future and getting there. During his tenure, he led the world's first mobile-based central bank digital currency. He researches public economics, finance and technology and he is a militant for Latin American unity.

Andrés Arauz's participation at re:publica 22 is kindly made possible by the Robert Bosch Stiftung.

Info
This Meet-up is intended for our international guests to meet some members of our local community, as well as for our Track Teams to meet each other.
Any Way The Wind Blows
society
Meetup Red
09.06.2022 07:00 pm
– 08:00 pm
Meet Up
English
Conference