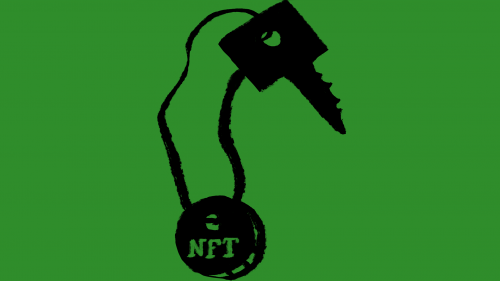 The web3 is one of the most controversially discussed approaches ever. What for some is the all-round solution for more privacy on the web, platform-independent, decentralised management and distribution, for others is an environmental fiasco and hyper-capitalisation of every last asset. That's precisely why we want to give this complex of topics enough space at re:publica this year and illuminate it from many different angles.

There will be a designated web3 Space at Flutgraben e.V., where the focus on 8 June will be on the perspectives of creative professionals. Curated by Music Pool Berlin, it will be about the many different possibilities that NFTs, DAOs and the web3 in general offer for producers, creative workers, artists and music makers. At the same time, however, numerous problems that arise from this will also be discussed.

You can find more information in the guest article by the two curators Andrea Goetzke and Eric Eitel, both co-founders of Music Pool Berlin, a publicly funded counselling centre for music makers in Berlin. Andrea and Eric have been working on the digitalisation of music culture and the music industry for many years and have already curated programme sections for re:publica in the past.

Various approaches have already aimed to make the internet more decentralised again. What is now becoming clear in the context of the sometimes heated discussion about the decentralised web3, NFTs, DAOs etc. is that many creators, meaning producers, creative workers, artists, musicians etc., share this goal and are experimenting in web3. From their point of view, decentralisation means that they no longer want closed silos that are run with their data (or their productions) - without any say in the matter. Furthermore, they demand fair compensation for their work beyond the zero-point amounts per click or play from platforms such as Youtube, Spotify etc.. For the creators, the web3 has supposedly attractive monetisation ideas in store: from artist tokens to NFT art to blockchain-based music streaming. Speaking of fairness and participation: How would it be if the web3 were to provide a technological solution for cooperative business and the democratic participation processes necessary for this? Decentralised autonomous organisations (or DAOs for short), according to their proponents, have the potential to automate these administrative and nerve-racking grassroots democratic processes, which are extremely complex in the analogue world. All these promises are legitimate and desirable from the curators' point of view.

The technological driver for the latest attempt to create a decentralised "web3" are the much-vaunted blockchains. And that's where the problems start, as most blockchains still have a miserable eco-balance. The new, less computationally intensive proof-of-stake (PoS) method is supposed to improve this significantly. However, Etherium, currently the most important blockchain for mining NFTs, still uses the more computationally intensive proof-of-work (PoW) authentication. Another critical strand of discourse, with an anti-capitalist slant, works away at the supposed main goal of web3, the commercialization of everything digital (quasi diametrically opposed to the older peer-to-peer approach of sharing). The pixel art of the NFT movement, which has now also reached the high-priced, traditional art market, serves as a projection surface.

The curators believe that despite justified criticism, the web3 deserves a space in which it can continue to be imagined, analysed and experimented with - trial and error, in a respectful framework, without bashing and shaming.

The programme on 8 June

The Making of a Non Fungible Comic

Info
Room to further discuss about web3 Narratives. And 3 additional inputs on a) asking feminist questions about web3 and futures of the Internet, b) discussing ownership and agency of creators in web3 and web2, and 3) collective regulation in the crypto space.
Feminismus
Internet
Plattformökonomie
Arts & Culture
Workshop J
08.06.2022 02:30 pm
– 03:15 pm
Meet Up
English
Conference

Info
What changes with applying web3 technologies in the cultural sphere? This session looks into some of the mechanics of how NFTs, tokens or DAOs may produce structural changes - in the ways cultural production is organized and funded, and also in cultural participation.
Kunst
Music
Netzpolitik
Arts & Culture
Stage 6
08.06.2022 03:15 pm
– 04:15 pm
Panel discussion
English
Conference

Info
Room to further discuss structural changes through web3 in the cultural sphere. And: 2 inputs - 1) on an open pilot to organize a basic income system for communities, using web3 technologies and 2) postcards from the metaverse - diving into clouds of speculation.

Info
Recently, the decentralized technology blockchain narratives have moved from obscure techno-economic circles to the mainstream art market after a NFT was sold at a Christie’s auction for $69 million. This workshop is a guided debate where the audience will be invited to think through the technology to collectively inquiry into its social potential.
Internet
Kunst
Utopia
Arts & Culture
Workshop J
08.06.2022 06:30 pm
– 07:30 pm
Meet Up
English
Conference

Let's dream up a web3 for music ­– A speculation

Info
What if the web3, with its automatized decision-making processes and direct distribution and monetization channels, could offer a real alternative to the current Internet of monopolistic platforms and data silos? We want to discuss such an alternative economic scenario with music producers, economists and tech experts.
Music
Netzpolitik
Utopia
Arts & Culture
Stage 6
08.06.2022 07:45 pm
– 08:45 pm
Panel discussion
English
Conference